So a while back I sourced a second hand set of Suzuki Sport racing plug cords. I’m really happy as this is a discontinued part by Suzuki Sport (now Monster Sport). The main advantage (on paper) is the reduced resistance that is 9ohm/m compared to 16ohm/m on the OEM cables. The connection points are also gold plated and should improve the connection.

The good news is that I’ve now finally installed them! While installing I found out that one of the OEM connectors was quite badly corroded, the other one broke off when disassembling which isn’t a great sign either. So from that sense I’m happy to have a fresh set of ignition leads mounted.

I havent taken them out for a drive so no report on the noticeable differences yet, although I’m not expecting any miracles. Will report back when I have done some miles with them.

Some photo’s of the installation and a lot of comparison photos between the Suzuki Sport and OEM ignition leads.

The starting point (when the plug cover is removed) 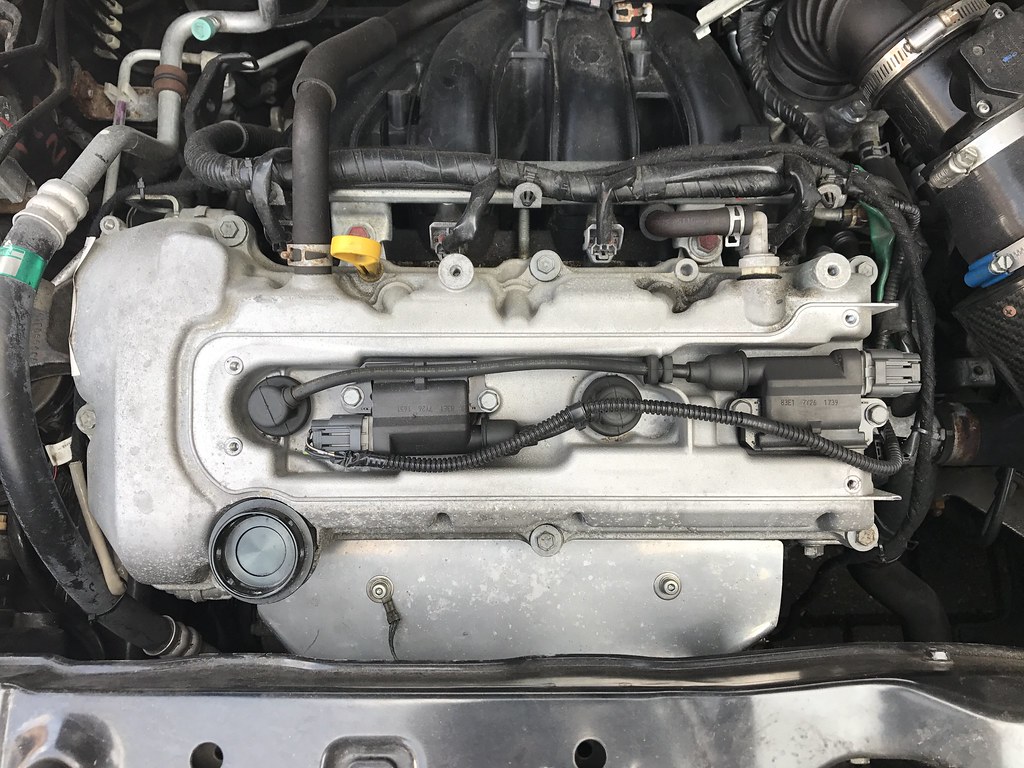 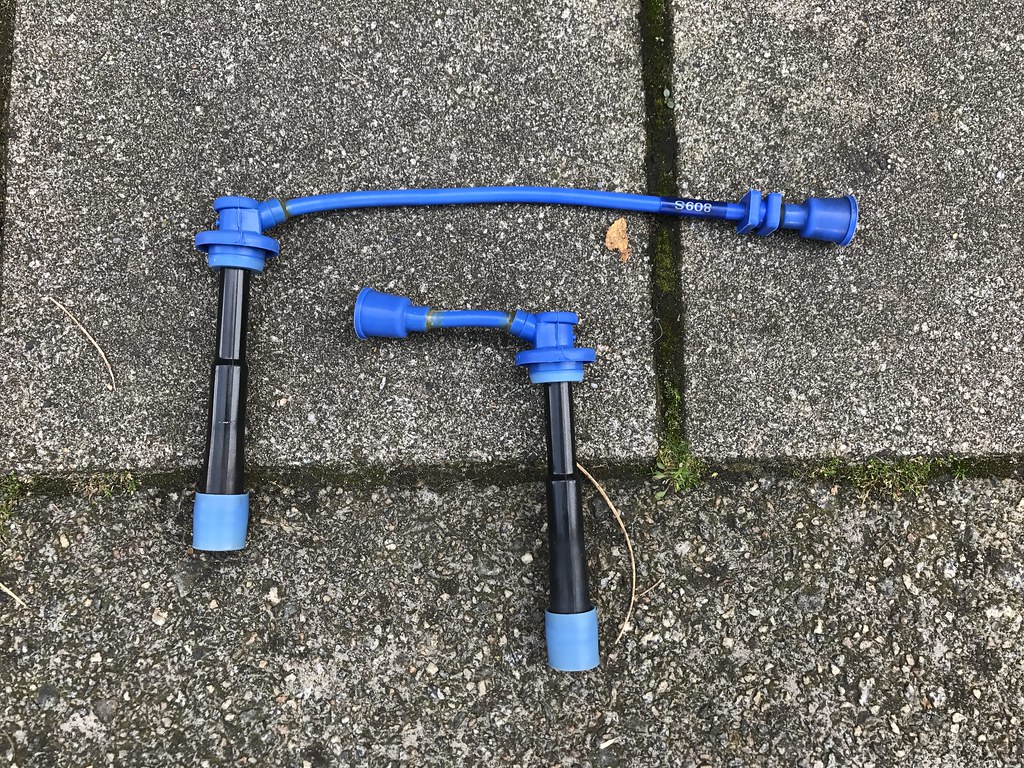 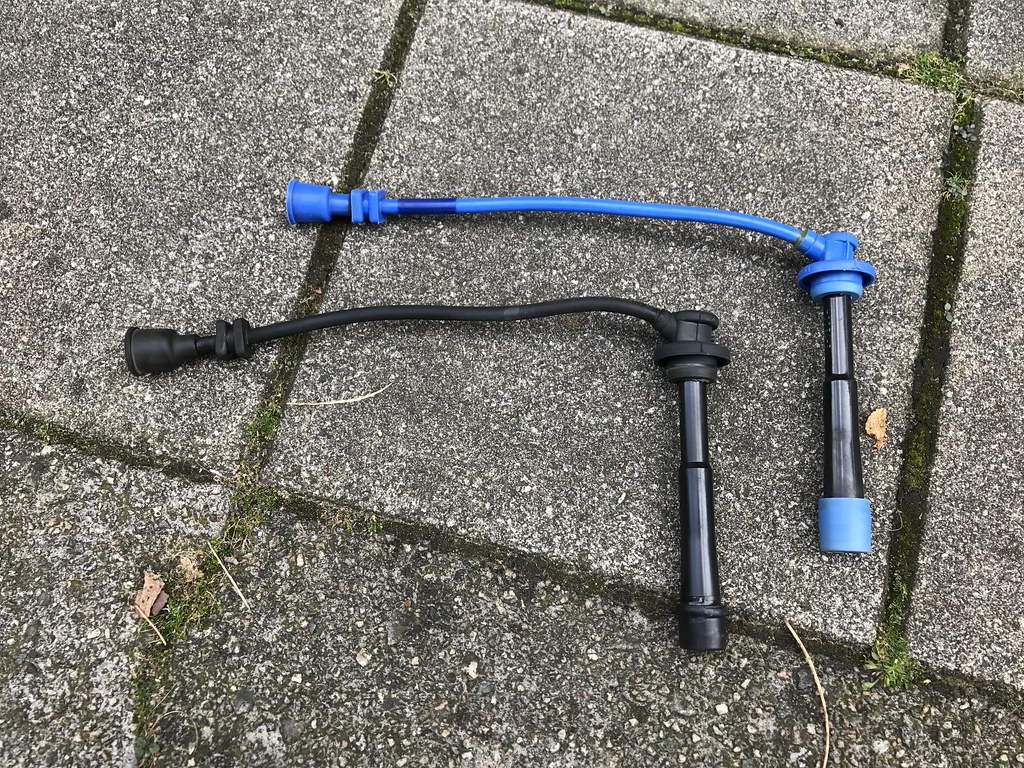 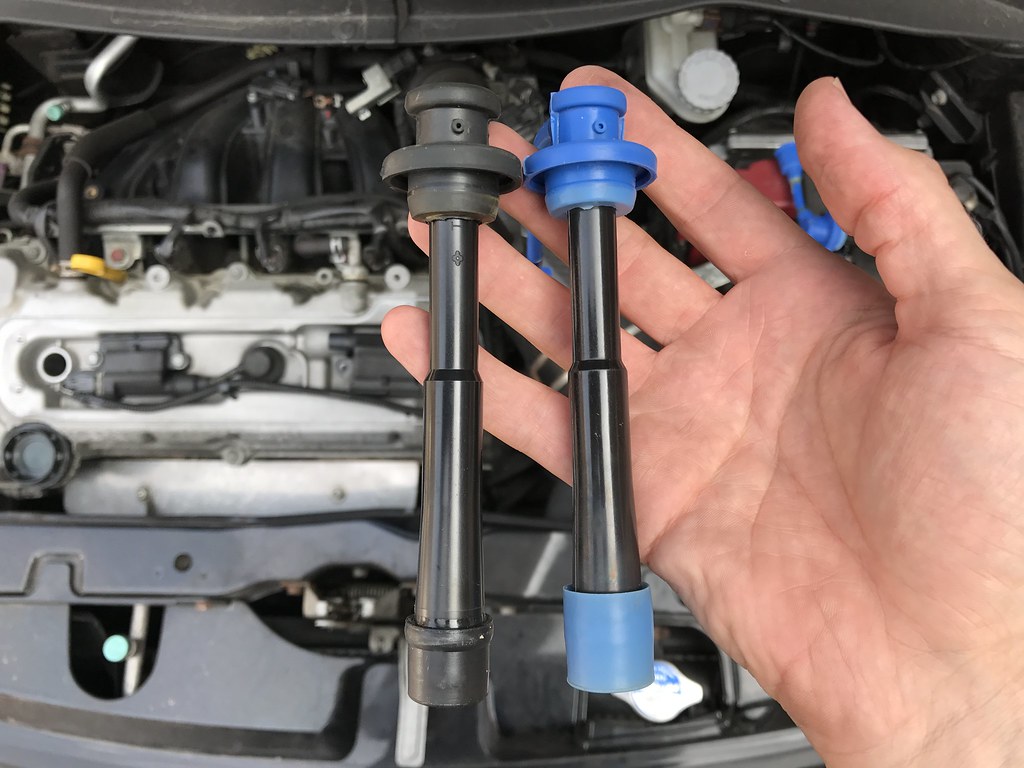 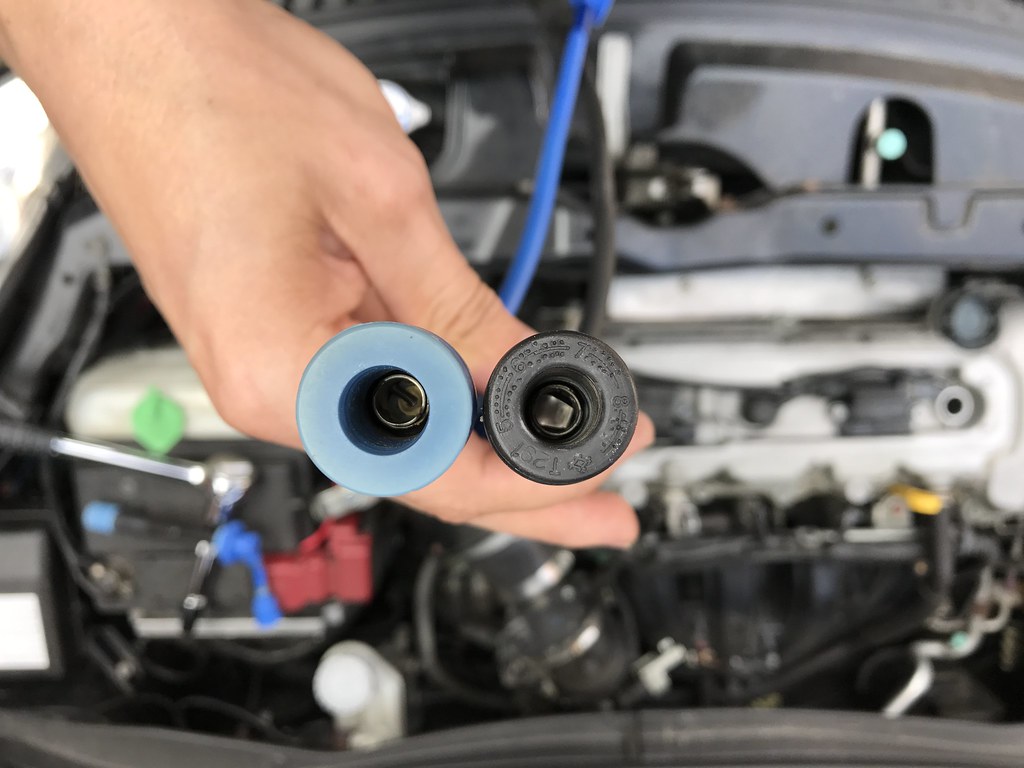 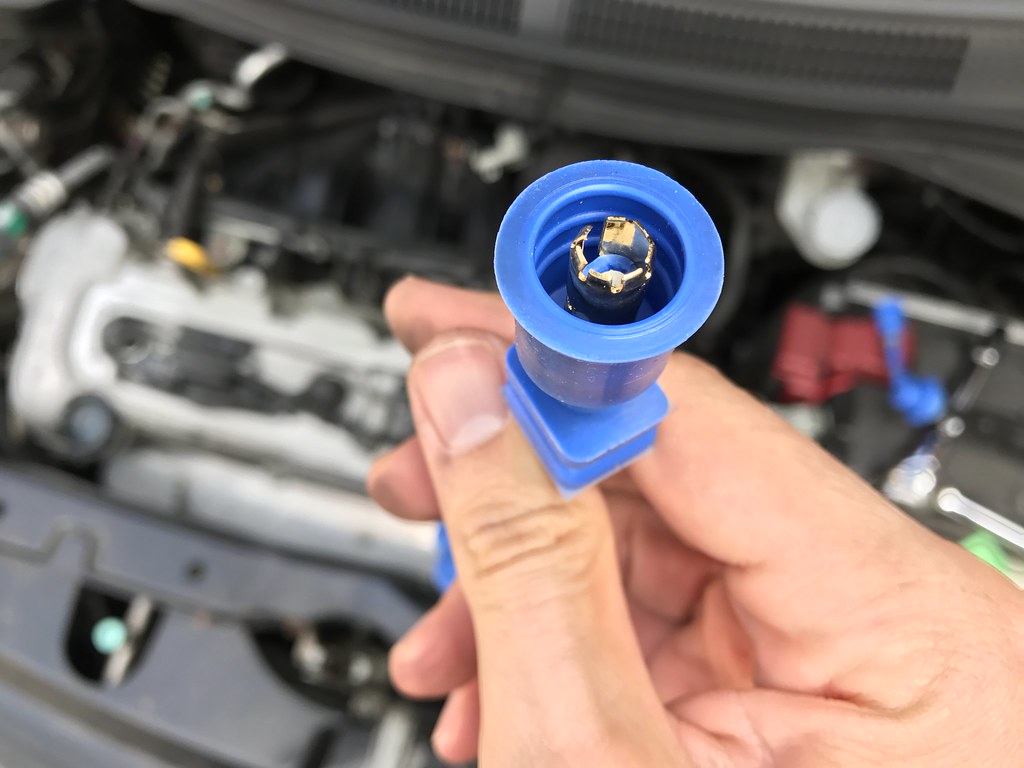 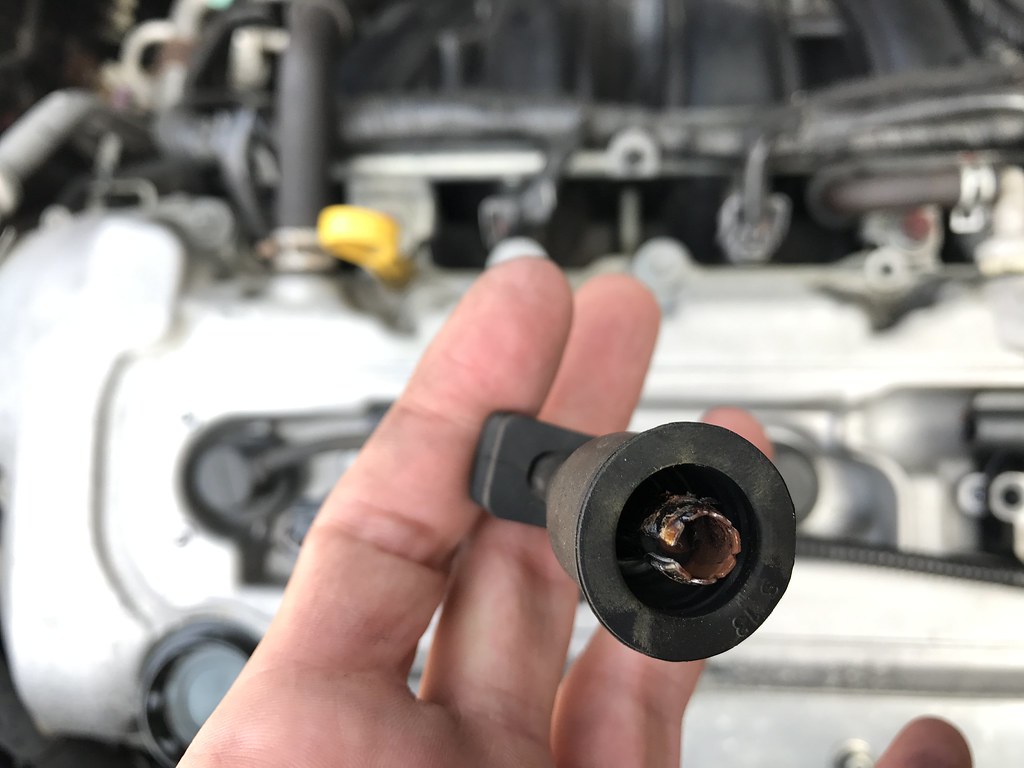 The old connector broke off completely… 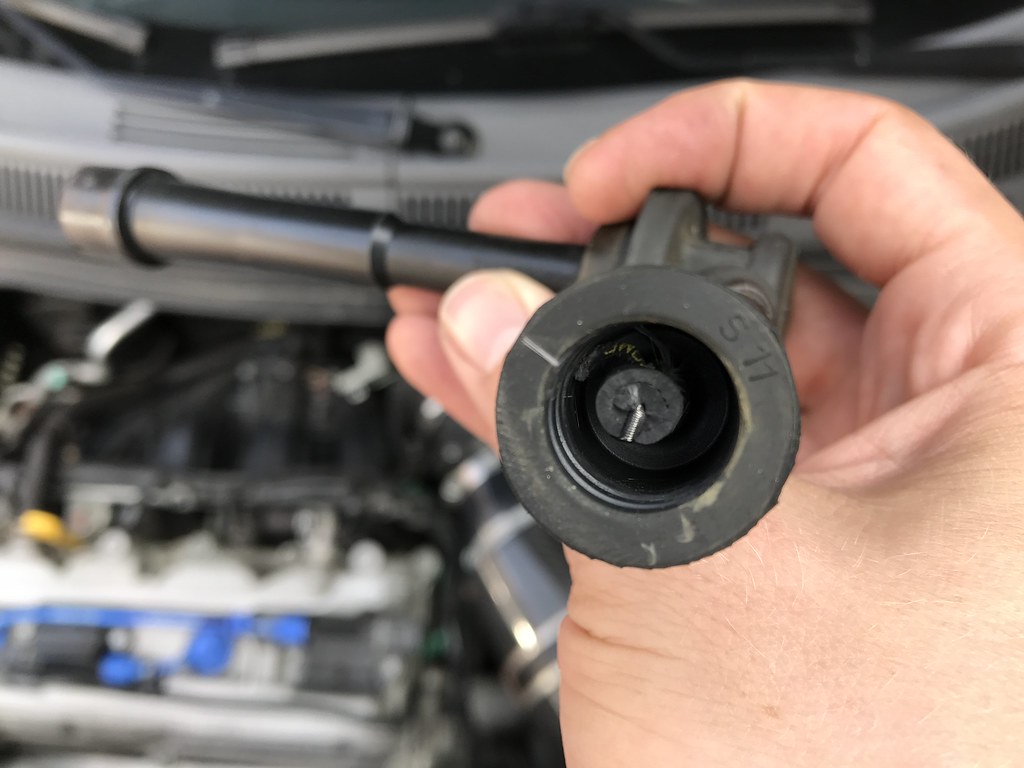 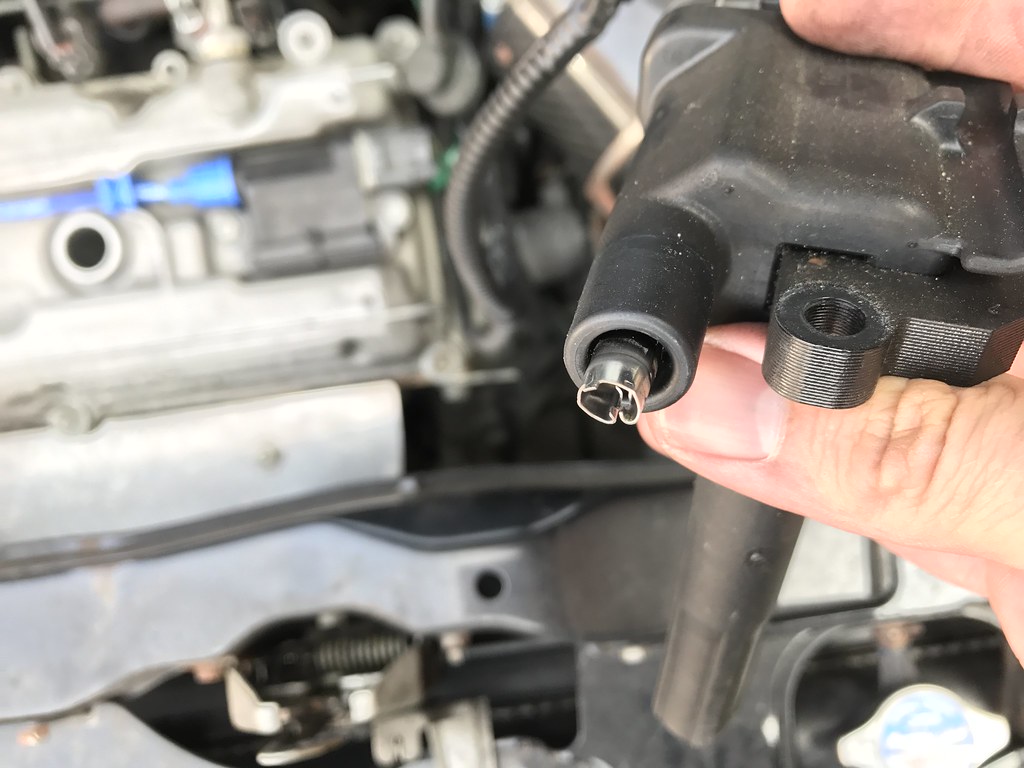 The end result (without the plug cover 😉) 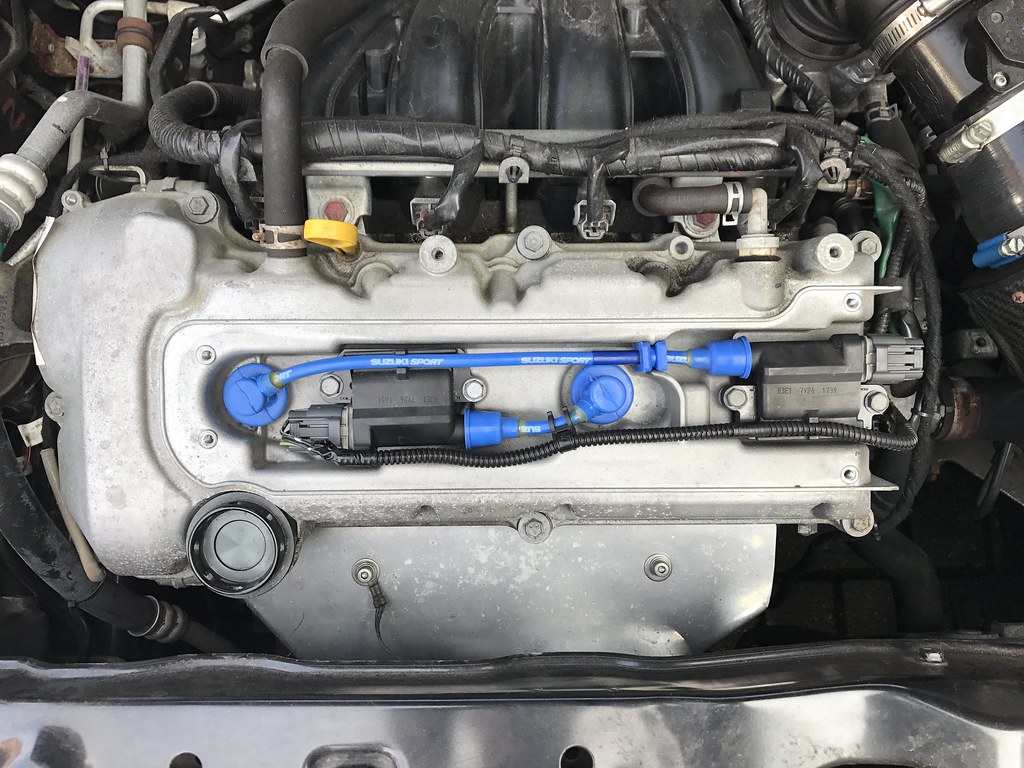