Internal combustion engines have many moving parts, oil is used to lubricate these parts to ensure a smooth operation. With all these tightly fitting, moving metal parts some form of wear will happen eventually. In a car engine this usually means small metal particles roaming around the engine which is inevitable, but can cause damage. So what can you do about it?

Ideally you would capture the particles and hold them in a harmless place in the engine. This is why some cars have magnetic oil drain plugs by default, so at the time of an oil change the mechanic can extract the particles held from the plugs magnet.
The transmission oil plug of the Suzuki Swift (2005 – 2010) has a magnetic bolt by default. However, the engine oil drain plug does not.

At the last oil change I decided to upgrade the OEM engine oil plug to a magnetic one from Greddy. If you look at the video below you can see how strong the magnet it comes equipped with is (spoiler alert: it’s strong!).

So why don’t car manufacturers put magnets in all their oil plugs then? I can think of two reasons;

For those of you interested in a magnetic drain plug; this was a universal part that is made my a big range of brands (and non-brands). On my swift the thread and pitch is M14xP1.5. A review of the plug will be posted after after the next oil change to see if there’s any particles attached, lets wait and see! Below some photos that compare the OEM with the new. 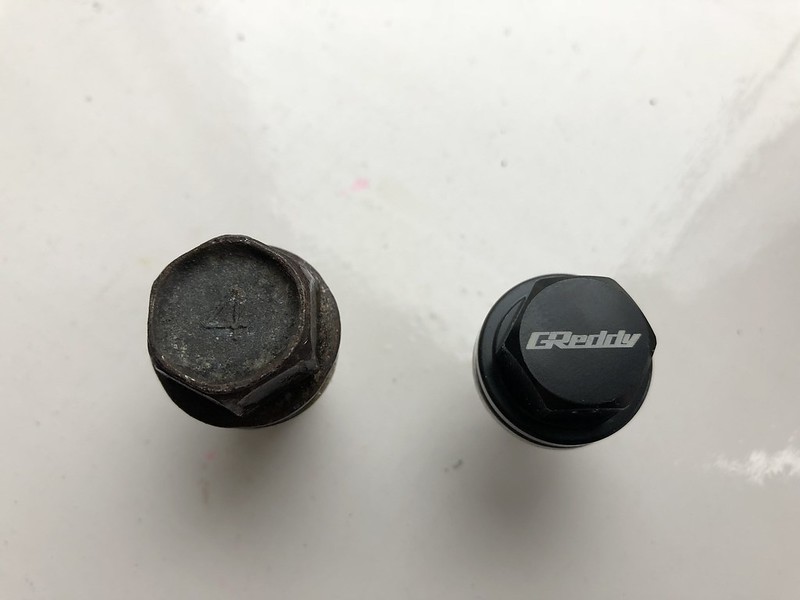 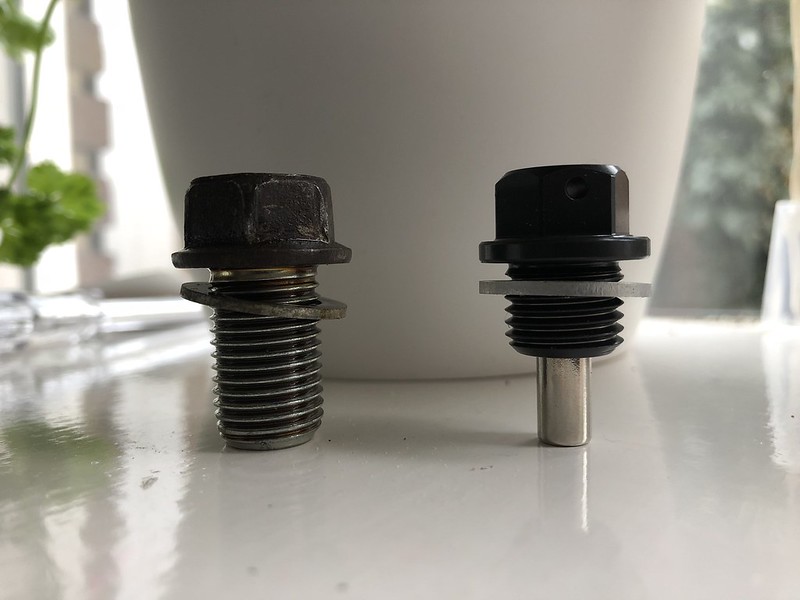 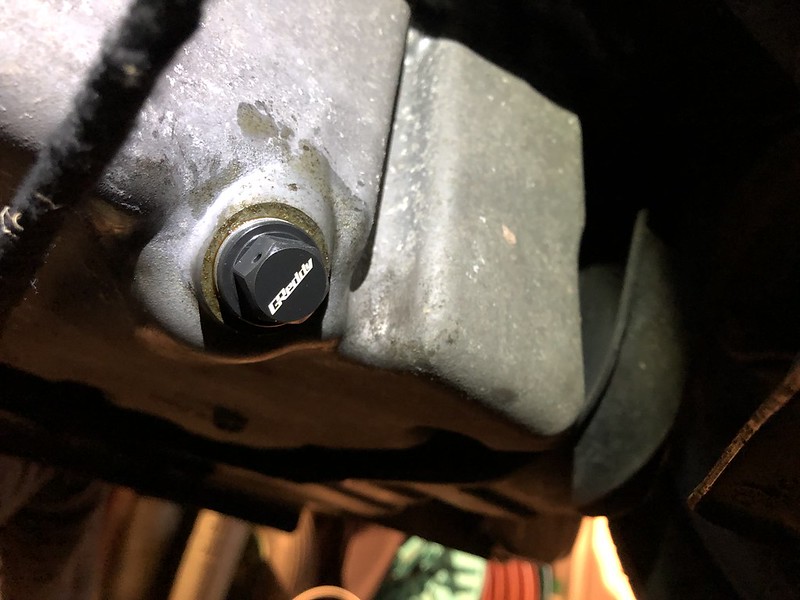