I finally sourced a second hand Suzuki Sport (now Monster Sport) grille set some months back. As both grilles are made of metal and it has been used it was showing some signs of wear like some small rust marks. As a local powder coater found it too fragile to sand the mesh part, I decided to restore the rust marks myself and just mount it to see how long it lasts before it needs a proper repaint. 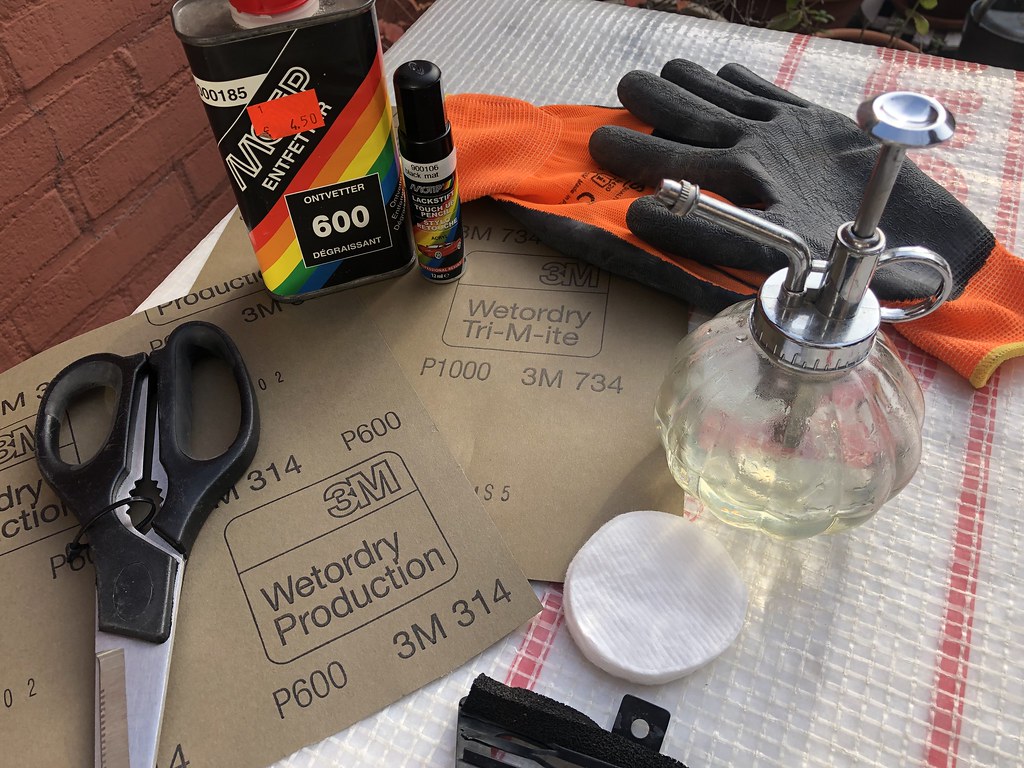 I sanded the borders only to avoid touching the front of the grille which was still looking pretty good. I used 3M (wet)sandpaper in P600 & P1000 to gently remove the rusty parts without damaging the good parts. After degreasing I painted the sanded parts with a Motif matte black touch-up pencil. The video below shows the state of the grille and the steps I took to touch it up. It’s not perfect but it’s better than it was, and hopefully will last a couple of seasons before the grille needs a bigger overhaul.