So there is a thick layer of snow laying outside, and the lips of the Borbets are already harassed by the salty roads. Its official: I’m way too late with fitting my winter wheels.
So I went out on the snowy roads today to get a set of winter tires mounted to the steelies, luckily I have a Mini as daily now so I didn’t need to move out with the Swift. I went for the Toyo Snowprox, as I wanted to keep it JDM and Im very brand loyal. They are 185/50/16 on 6.5J wide steelies. I used to run 195/50/16 summer tires on these before, but as 185’s were cheaper I went for those. Don’t you just love the fresh thread on brand new tyres? 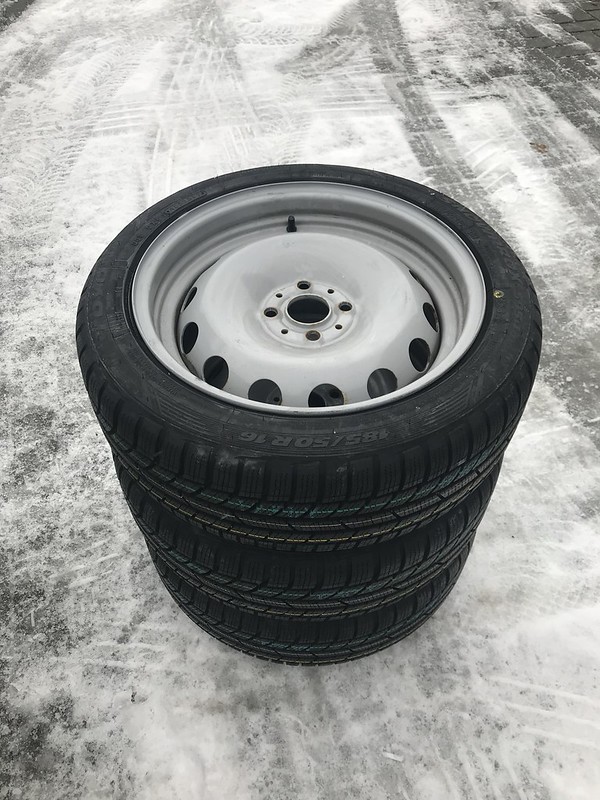 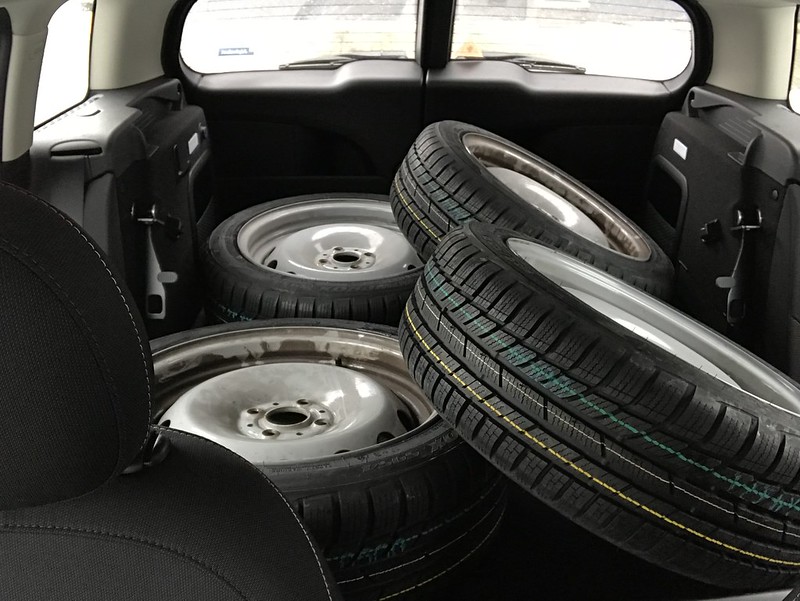