As you might have seen I sourced a beautiful set of Recaro Sportlines. As these don’t have side airbags like the OEM seats the airbag light will constantly be on. With my yearly checkup coming up I need to avoid this so I ordered some airbag light cancellers from RHD Japan. Somehow while ordering other parts magically were added to the basket and couldn’t be removed 🙈.
The picture below pretty much speaks for itself, besides the airbag cancellers from R’s Japan I added some Blitz parts to connect a previously  purchased oil temp meter and a HKS grounding kit & towel, gotta keep it JDM in the shower too right? I really need to start mounting some parts as the pile of unmounted stuff is getting out of control! 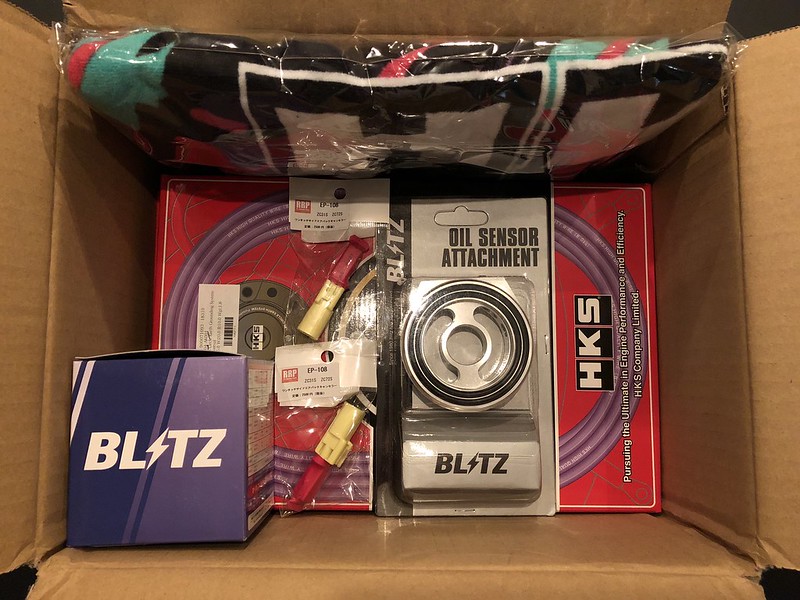